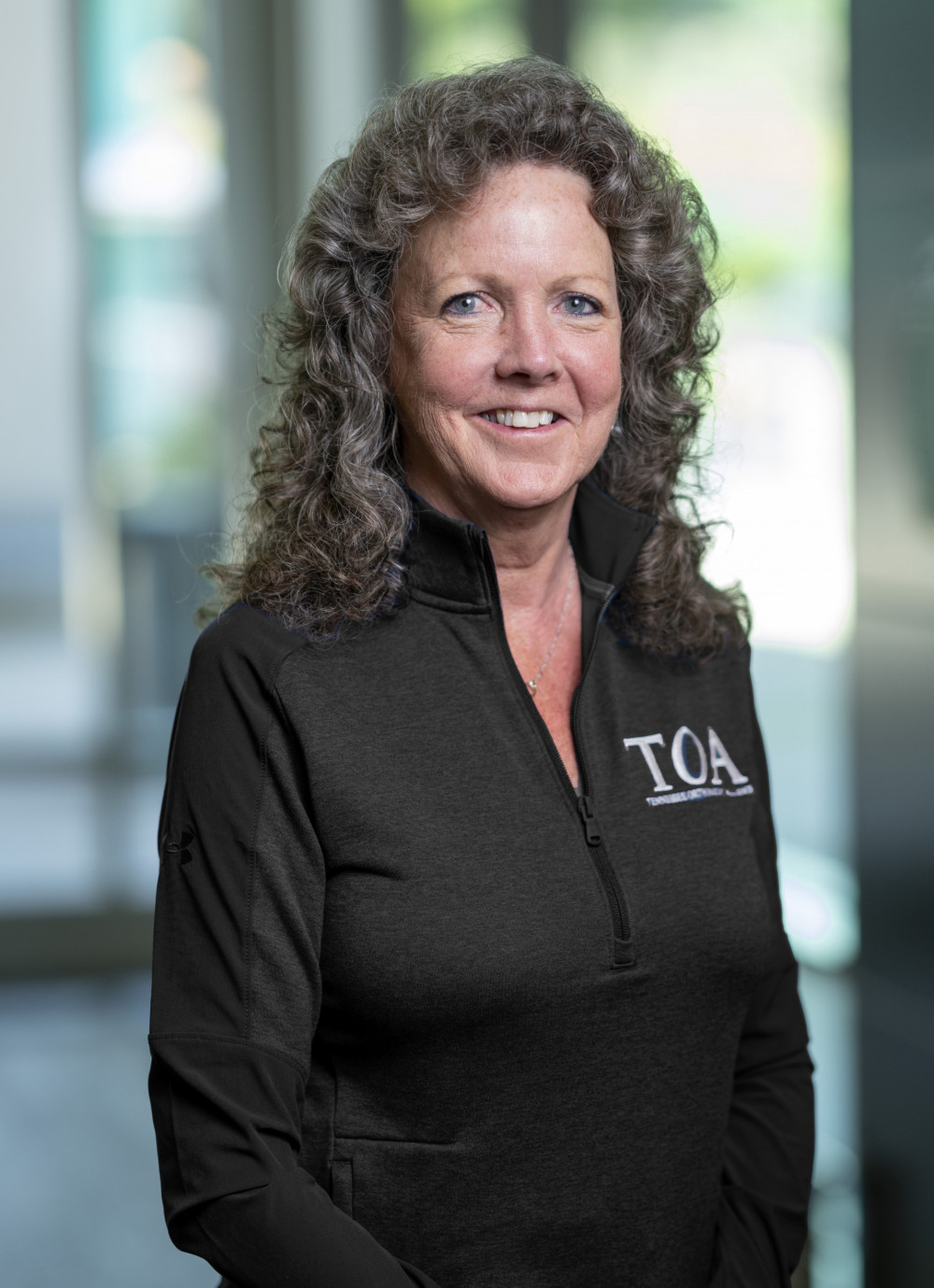 Polly received her Bachelor of Science degree in Occupational Therapy from Texas Woman’s University in 1980.She moved to New Mexico where she work with Children in the school system/reservations with learning disabilities and also with a mentor, developing an outpatient clinic for upper extremity injuries. In 1990 moved back to her native home of Nashville continuing to dedicate her career in the rehabilitation of upper extremity injuries.1996 became the primary hand therapist with TOA and in 1992 joined the organization and became the Hand Therapy manager. Has assisted as an adjunct professor assistant for two years in the occupational therapy program at Belmont University. She is licensed by the state of TN as an occupational therapist.