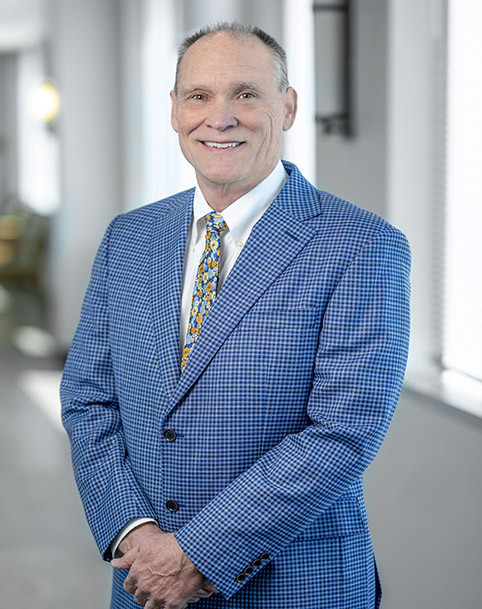 R. Trigg McClellan, MD is a dual fellowship trained orthopaedic traumatologist and spine surgeon. He is a native Nashvillian and earned his undergraduate degree in physics from Vanderbilt University, graduating with honors. Dr. McClellan obtained his medical degree from Vanderbilt University in 1981. Following two years of general surgery residency at Vanderbilt, Dr. McClellan completed his residency in orthopaedic surgery at the University of Michigan and received advanced fellowship training in orthopaedic traumatology at San Francisco General Hospital and the University of California, San Francisco. He also completed a spine fellowship at the Kerlan-Jobe Orthopaedic Clinic in Los Angeles, California known for its care of many professional teams and the elite athlete.

Dr. McClellan has held numerous positions throughout his career. He was the Director of Orthopaedic Trauma at Santa Clara Valley Medical Center, a level 1 trauma center in San Jose, California and Clinical Associate Professor of Orthopaedic Surgery at Stanford University. During his 12-year tenure at Stanford, he was also a Consultant to the Santa Clara Valley Medical Center Spinal Cord Injury Unit that was one of eighteen model spinal cord injury units in the United States. Dr. McClellan joined the faculty at the University of California San Francisco in 2004 as one of only a handful of orthopaedic surgeons in the U.S. to have completed fellowships in both orthopaedic trauma and spine surgery. From 2004 until 2022, Dr. McClellan was a full-time faculty member at the University of California San Francisco where he was the Director of the Spine Service at San Francisco General Hospital and was instrumental in building the orthopaedic trauma program at Regional Medical Center of San Jose, a level 2 trauma center. During his professional career at Stanford and UCSF, he has trained over 200 orthopaedic residents and fellows.


Dr. McClellan is Professor Emeritus of Orthopaedic Surgery at UCSF and an affiliate faculty member for the Institute of Global Health Sciences at UCSF. Dr. McClellan is committed to providing the highest quality of patient care, resident education, and medical research. He is the proud father of two daughters and established the nation’s top graduate medical education fellowship in their honor with the UCSF Institute for Global Orthopaedics and Traumatology. The Morgan and Madison McClellan International Research Fellowship was established in 2012 for third and fourth year medical students interested in orthopaedic surgery and global health.


In addition to his clinical activities, Dr. McClellan has significant expertise in medical devices, osteobiologics and bioceramics. He is the Chief Medical Officer of several companies in this space and holds multiple patents related to orthopaedic implants.