LARKSVILLE, Tenn. – On May 20, the Tennessee Board of Regents recognized Dr. Cooper Beazley’s unwavering support of Austin Peay State University over the years by presenting him with the 2014 Chancellor’s Award of Excellence in Philanthropy.

Former APSU President Tim Hall, who nominated Beazley for the award, said, “For almost three decades, this individual has dedicated his time and his own financial resources to helping the young student athletes at Austin Peay. He takes his oath as a doctor seriously, and he has worked tirelessly behind the scenes to keep these young men and women healthy. “

The award, presented by the TBR each year to individuals, companies or organizations, is based on the generous giving of resources to a TBR institution and outstanding volunteer efforts in raising money for the institution.

Beazley, an orthopedic surgeon with Tennessee Orthopaedic Alliance, serves as the APSU team physician, making himself available for yearly physicals and nighttime and weekend visits whenever a player is injured. What makes him truly stand out is that he refuses to be compensated for his services. Instead, Beazley donates generously to the University, through equipment, services and the establishment of an endowed scholarship.

In 1987, Beazley made a substantial donation to APSU, allowing the University to become one of the first athletic training rooms in the country to convert to electronic records. This move was instrumental in providing APSU students with high quality medical care. He helped fund the reconstruction of the University’s training rooms and rehabilitation areas, and his donations allowed APSU to acquire state-of-the-art rehabilitation equipment for that training room.

He used his own money to purchase defibrillators for emergency use in games before the NCAA required this equipment. Beazley also donated the Med-Bed Gator vehicle used to transport injured athletes at outdoor APSU athletic events.

“It has never been about the fanfare, the accolades or even the occasional pat on the back,” Chuck Kimmel, former head athletic trainer and assistant athletics director at APSU, said of Beazley. “It has always been about providing APSU student-athletes the best quality medical care. He would not even think about talking about the sacrifices he humbly makes.” 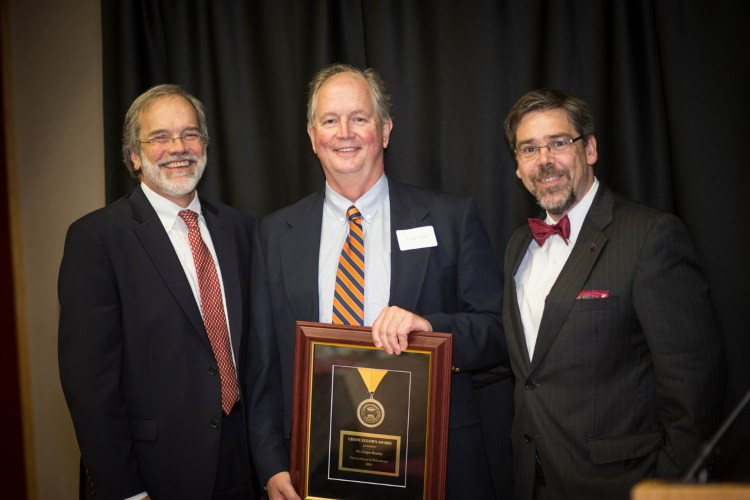